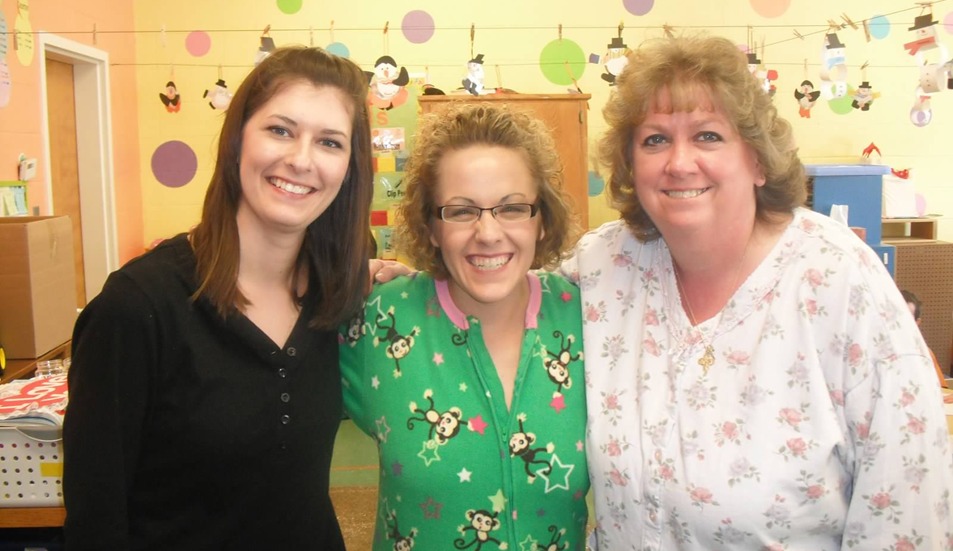 Mrs. Jokerst lives in Versailles with her husband Tom and her 2 cats.  They have 2 sons.  Mrs. Jokerst is a graduate of North Central Technical College with a degree in Computer Information Science.  She was a computer programmer for 3 years.  She started teaching at Kinder Korner Preschool in 1998, where she fell in love with teaching, and has been there ever since!  Mrs. Jokerst is an avid reader, enjoys camping and traveling and putting together science centers for school.

Mrs. Bergman and her husband Chris live in North Star with their five children, Carson, Kyra, Kenzie, Kami and Kali.  Before coming to Kinder Korner Preschool in 2008, Mrs. Bergman was a Preschool teacher at a Daycare and Preschool Center in Toledo for 3 years, then became the Director there for 2 years.  She's a graduate from Owen's Community College and The University of Toledo, with a degree in Early Childhood Education and has a Director's Certificate.  Mrs. Bergman enjoys hanging out with friends and family, going camping and boating, and doing crafts with her children!

Mrs. Francis and her husband Brian live in Russia with their three kids, Xavier, Noah, and Stella.  Before coming to Kinder Korner in 2013, Mrs. Francis was a teacher at the YMCA of Darke county for 4 years, 3 of which she was a head teacher.  Mrs. Francis graduated from Edison Community College with her Associates Degree in Early Childhood Education in 2010.  Mrs. Francis enjoys spending time with her family and friends as well as crocheting and painting.